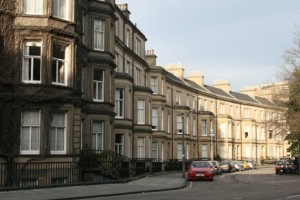 I remember it well: My wife and I quit our jobs, sold our stuff, packed our suitcases and boarded a plane destined for the UK.

We’d only been married for a year.

When we touched down in Edinburgh, Scotland, we didn’t have jobs, we didn’t know anyone and we hadn’t yet found a flat. It was a gigantic leap of faith, as you can imagine.

We worked quickly, and I was fortunate to land a part-time position the next day at a private college teaching finance and business studies. My wife also secured a great position with a large bank. But that wasn’t why we were there…we’d headed to Scotland because I’d been accepted to a PhD program (programme?) at the University of St. Andrews.

As you can imagine, we were crazy busy and I quickly learned that I had to work ridiculously hard to perform as a scholar and an instructor.

This is how I learned the hidden power of saying ‘no’, and it is one of the secrets to my success. In fact, this experience convinced me that saying ‘no’ is also one of the healthiest things any entrepreneur can do.

Learning to say no to bad ideas, time wasting activities, unhealthy habits and sometimes even fun things like parties, can profoundly impact your life in positive ways and help you to achieve your goals. In short, if you are a budding entrepreneur, saying no is going to be one of the most valuable tools you can add to your skill-set.

However, in many eastern cultures and contexts, it is considered impolite to say no, so people often agree to things they don’t really want to commit to. When I moved to Asia, I struggled with this, but that is a story for another time. In the west, we might not have that same stigma associated with saying no as people do in the east, but we still say yes far more than we should.

We say ‘yes’ to dead-end jobs, junk food, to other people’s agendas, to inactivity, to wasting our time on social media, to working too much, to unreasonable client requests, to coasting through life, and to poor financial planning.  I should know, because I’ve been there.

If saying no is so valuable, why don’t people do it more often?

We’ve all heard of ‘yes men’, the kind of people who always say what they think others want to hear. I would argue that what the world needs are people who aren’t afraid to say ‘no’.

Do any of these five points sound familiar? If so, don’t just skip ahead…think about why you struggle with one or more of these areas. Is it something you learned at home? Are you waiting for someone to give you permission to make your own decisions? Is there some insecurity that influences your tendency to say yes too much?

Here’s an objective test. Look at your calendar from last month: what appointments should you have said ‘no’ to? Which meetings or events were time wasters and which were beneficial? How many of those time wasting events were just about you keeping up appearances? 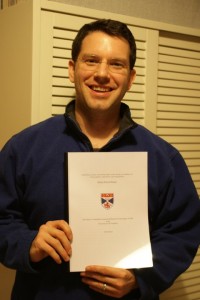 When I was working on my thesis, it was extremely difficult to turn down offers to spend more time socializing with friends, but I wanted to complete another chapter more than I wanted to have coffee or a pint. This isn’t to say that I always said no, nor should you, but because of those times when, on a Saturday night, I plugged away behind my laptop, I was able to wake up on Sunday morning with a deep sense of satisfaction that I’d made the right decision.

The same is true in my business. I would have loved to spend more time lounging poolside at our condo in Singapore, sipping fresh coconut juice, catching some rays, and watching the palm trees sway in the tropical breeze. However, because I scheduled appointments with potential clients instead, most of which I was fortunate enough to land, I was able to hone my skills and build a lifestyle business. Because I learned the power of saying no, and used it strategically, it allowed me to grow as an individual and to experience the joy of success. Besides, too much sun is bad for your skin anyway.

You don’t want to abuse the power of saying no, and use it to become a recluse or a self-involved so-and-so…however, the tactical use of ‘no’ will allow you to stop living your life to serve other people’s agenda.

It is flattering to be in demand because everybody loves to be esteemed. Offers to lead a project, to present at a meeting, to speak at a conference, or to go to a party can be great ways to network and get exposure…but sometimes they are time traps or have strings attached. Learning to spot these on the horizon is a valuable skill. Sometimes you have to learn the hard way. 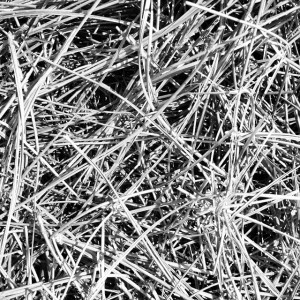 Five ways to say no without sounding like a jerk

If you allow others to determine your schedule and how you spend your time, you will struggle to reach your goals. So, what are the best ways for busy, conscientious people to say ‘no’?

Saying no is something that you have to learn how to do if you want to run your own lifestyle business. It doesn’t mean that you are missing opportunities, being rude, or that you will be rejected. It shows that you have your own life, goals and agenda, and that while you enjoy the company of others and appreciate invitations, you simply need to say ‘YES’ to building/bootstrapping/launching/running an online business.

Questions for discussion and reflection

Want to join the discussion?
Feel free to contribute!

How to stop working so much